More than 500 variants of solitaire exist, but not all of them are equally known and popular. On this page we discuss the 7 most popular solitaire games. Their popularity can be due to their long history, due to requiring a clever strategy for solving them or because they are the most relaxing solitaire games. 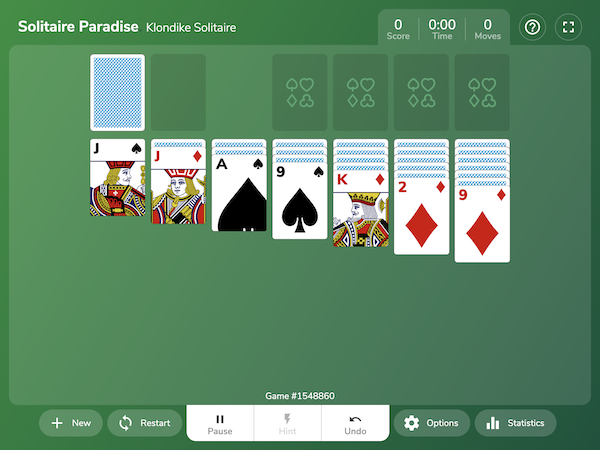 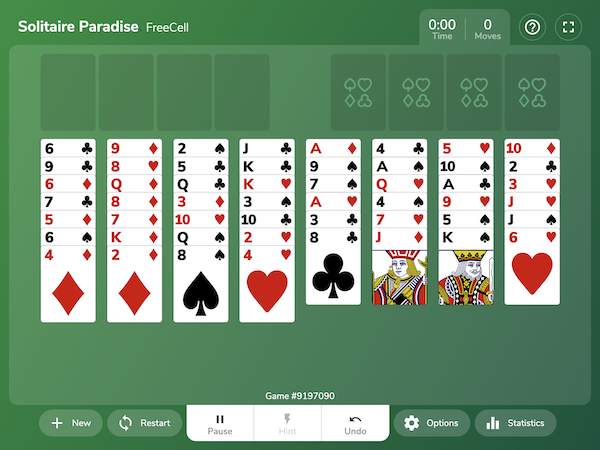 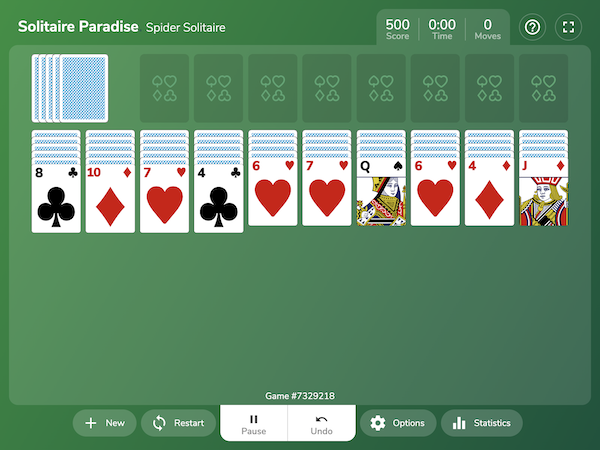 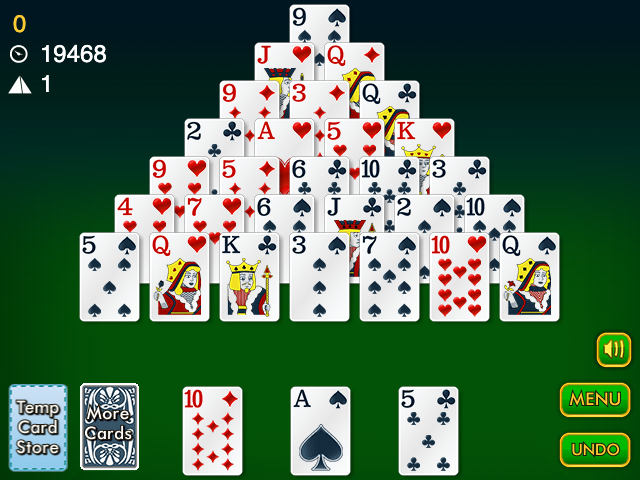 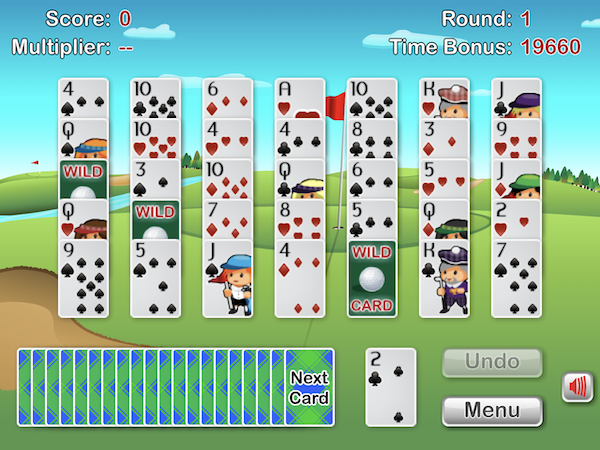 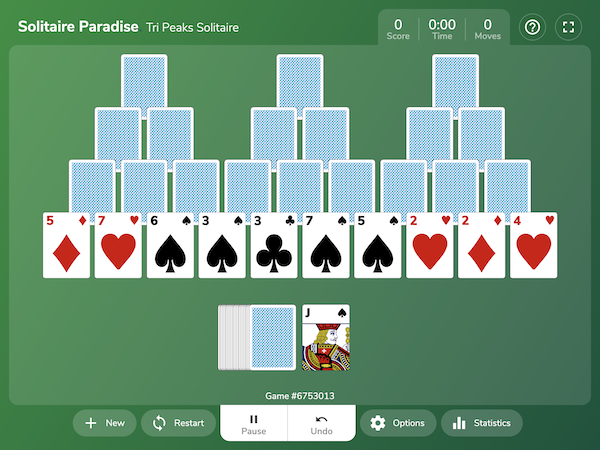 Tri Peaks Solitaire has similar gameplay as Golf Solitaire, but the tableau is laid out in the shape of three peaks. It is a short game with a relatively high chance of winning. 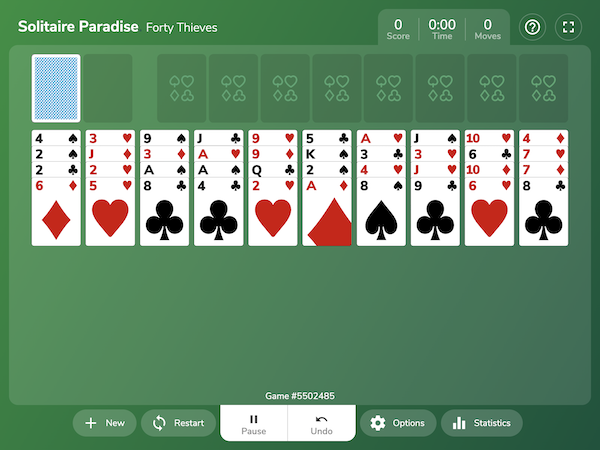