Similar to Freecell except sequences on the tableau are built in suit (and not alternate color). 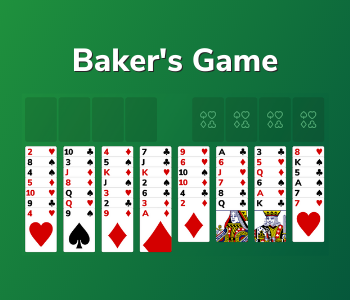 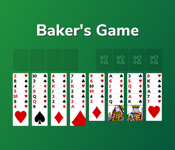 How to play Baker’s Game

Remove all cards to the top right cells to win a level.

This solitaire game is very similar to Freecell. The only difference is that you must build up columns in the descending order in the same suit instead of by alternating colour.

Baker's Game can be played in all modern browsers, on all device types (desktop, tablet, mobile), and on all operating systems (Windows, macOS, Linux, Android, iOS, ...).

Please let me know why you don't like Baker's Game