Solitaire is back with a festive look! Christmas Solitaire is an exciting rework of the classic puzzle card game, with added features and graphics. 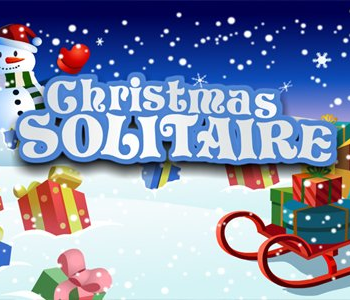 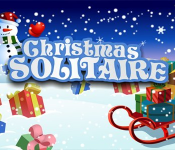 The goal of Christmas Solitaire is like that of most solitaire games - clear the board and build up each suit in its foundation pile. In this single-player game, the player wins when all cards have been placed into their corresponding foundation piles.

Christmas Solitaire uses a similar game board to regular klondike solitaire. Let's cover each of these areas in detail.

During the game, the player has to move cards around until all cards are placed into their foundation piles, wherein the game is won. All face-up cards can be played and moved across the tableau or into the foundation if the sequence and suit are right. Face-down cards cannot be played until they are turned over, i.e. when the card on top of them has been moved or played.

Players can also move groups of cards to another tableau pile provided the move is valid. This is useful as it gives more opportunities to reveal face-down cards. However, do note that empty tableau spaces can only be filled with a King.

When a move is valid and doesn’t impact further gameplay, the game will automatically move cards into its foundation piles. For example, when an Ace of Hearts is turned face-up in the tableau, it will automatically be moved into the foundation pile for Hearts. This is particularly useful when playing against the clock - players must complete the level before the timer reaches zero or else the level will be failed!

Another feature of Christmas Solitaire is the introduction of levels. The game becomes harder with each increase in level, with timers becoming shorter and less piles in the tableau on the higher levels.

The game is developed by Zygomatic. Christmas Solitaire belongs to the category of solitaire games.

Christmas Solitaire can be played in all modern browsers, on all device types (desktop, tablet, mobile), and on all operating systems (Windows, macOS, Linux, Android, iOS, ...).

Please let me know why you don't like Christmas Solitaire