Golden Spider Solitaire is one of the most popular versions of spider solitaire. It has been available for a very long time as a Flash game, and now it is also available in HTML5. This means you don't need to download or install anything, you can just instantly play Golden Spider Solitaire in your browser. Make in-suit runs from King to Ace to clear them from the tableau. Do this eight times to win the game. More detailed rules are explained within the game and below. 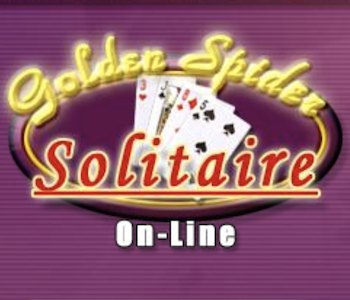 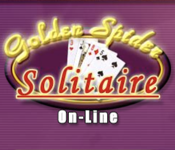 There are 3 difficulties in Golden Spider Solitaire:

Make in-suit runs from King to Ace to clear them from the tableau. Do this eight times to win the game.

The first 4 tableau piles are dealt 6 cards, the last 6 columns are dealt 5 cards. Only the top card in a column is dealt face-up.

If you want to skip the game's deal animation and start playing immediately, you can do so by clicking the mouse button during the animation.

You can move the cards in the tableau to another pile if they are one lower in rank (e.g. a 9 on top of a 10). The suit of the cards doesn't matter for building, but it matters for moving cards around. You can only move a correctly ordered sequence of cards if they are from the same suit.

If you uncover a face-down card, it will be flipped around automatically.

Any card can be played to an empty tableau column.

Before dealing cards from the stock, it can be helpful to press the hint button. It will indicate a possible move if there is any. Note that the indicated moves are not guaranteed to lead to a solution, but it can still be helpful to use this feature to see if you missed anything.

There is no score in this solitaire game, but if you want you can keep track of your best time and least amount of moves to finish a game.

The game is played using the mouse. Click and drag cards using the left mouse button.

Golden Spider Solitaire can be played in all modern browsers, on all device types (desktop, tablet, mobile), and on all operating systems (Windows, macOS, Linux, Android, iOS, ...).

Please let me know why you don't like Golden Spider Solitaire