Solitaire Story - TriPeaks is a great TriPeaks version with a lot of fun gameplay elements. 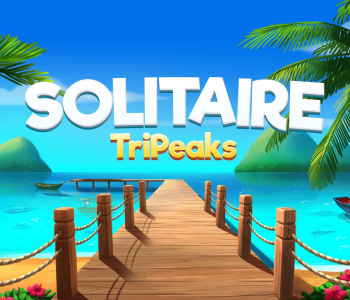 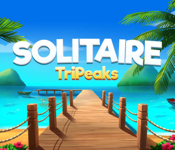 The goal of Solitaire Story - TriPeaks is to remove all of the cards from the playing field without running out of cards from the deck. Complete a level by clearing the field and advance to later levels to finish the whole game!

At the beginning of a level, players are presented with a number of cards placed face down in a particular arrangement. A selected few of the cards are facing upwards, revealing their rank and suit. Matching these with the displayed card at the bottom of the board will remove the card from the playing field. As mentioned, removing all the cards clears the level.

To match cards, tap on cards a rank higher or lower than the displayed card at the bottom of the board. The suit of the cards do not matter but cards of the same value cannot be matched together.

A card facing downwards is only turned to face up when all cards on top of it have been matched and cleared away. Even if a card is only partially covered by another, it will not be revealed.

If there are no possible moves, tap the deck left of the card to match to deal a new card. The number at the bottom of this indicates how many cards are left in the deck. Fill up the streak meter by matching several cards in a row without dealing a new card from the deck! This would earn players combo points as well as special bonuses.

A variety of special cards are featured in our version of the TriPeaks game to enhance players' experiences. These include:

Players can earn a maximum of three stars per level. The number of stars awarded is determined by the final score the player achieved for that level. The final score can be affected by various factors, such as how many cards remained in the deck when the level was completed.

Players are awarded with a mystery gift box each time they receive full stars for a level. The stars-per-level will also determine the amount of gold coins rewarded, which can then be used during gameplay to purchase various power-ups. For example, players can spend 50 coins for an 'undo' action. However, only the very last move can be undone and purchasing this will cause subsequent purchases to become more expensive. The cost resets per level.

Solitaire Story - TriPeaks is developed by SOFTGAMES Mobile Entertainment Services and belongs to the category of solitaire card games.

Solitaire Story - TriPeaks can be played in all modern browsers, on all device types (desktop, tablet, mobile), and on all operating systems (Windows, macOS, Linux, Android, iOS, ...).

Please let me know why you don't like Solitaire Story - TriPeaks