Fill the realm with magical towers in this addictive Tri Peaks game. If you get a black screen after pressing the Play button, this is probably caused by your AdBlocker. Disable your AdBlocker and reload the page. 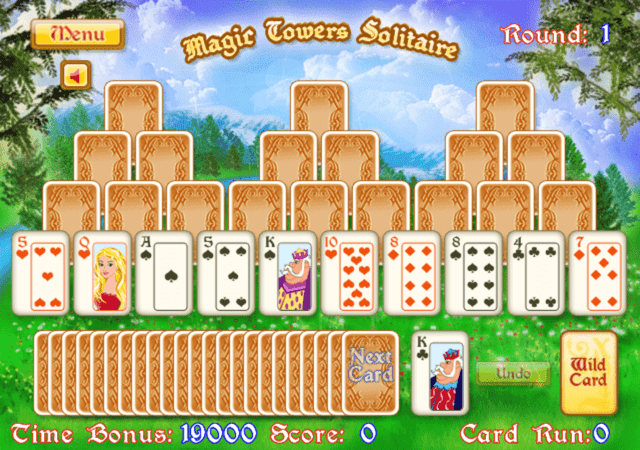 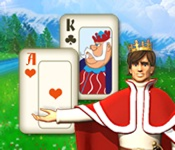 How to play Magic Towers Solitaire

Magic Towers Solitaire is also known as Three Towers Solitaire. The goal of this online solitaire game is to clear the three towers of cards to win a level, similar to our regular tri peaks solitaire. Each time you complete a layout, you will move on to the next round of the game and begin again. To obtain a higher score try to complete as many rounds as possible in a row. The game ends if a round cannot be cleared.

Cards can be removed from the layout if they are one higher or lower than visible deck card shown at the bottom. If the visible card is an Ace, either a King or Two can be played. If you cannot play, click Next Card to show the next card.

The wild card can be played at any time, on top of any card. You can then place any card from the layout on top of it.

The undo button only allows one undo at a time.

Magic Towers Solitaire can be played in all modern browsers, on all device types (desktop, tablet, mobile), and on all operating systems (Windows, macOS, Linux, Android, iOS, ...).

Please let me know why you don't like Magic Towers Solitaire