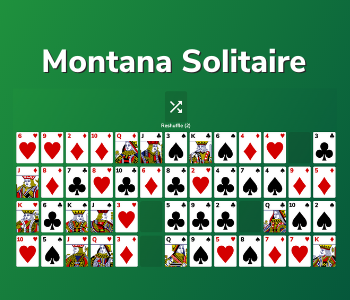 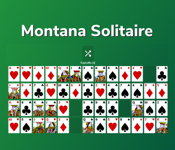 Like in addiction solitaire, the game is won when you succeed in arranging all cards into four rows forming a sequence of twelve cards of the same suit from Two to King. The last space in the row should be empty.

There are 4 rows of 13 spaces each. All cards of one deck (52 cards) are dealt to the spaces, after which the Aces are removed creating 4 gaps.

Montana Solitaire can be played in all modern browsers, on all device types (desktop, tablet, mobile), and on all operating systems (Windows, macOS, Linux, Android, iOS, ...).

Please let me know why you don't like Montana Solitaire