Challenging but fun solitaire game which is a variation to Yukon Solitaire. 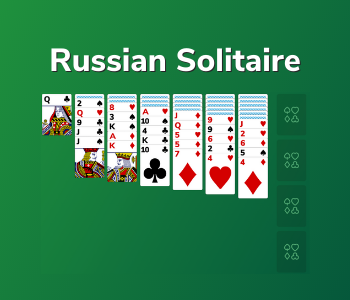 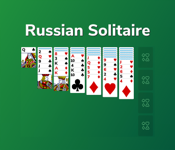 How to play Russian Solitaire

Similarly as in Yukon Solitaire, a full deck is dealt to the 7 tableau piles. First, cards are dealt as in Klondike: 1 card to the 1st pile, 2 to the 2nd pile, ... with only the top card in each pile face-up. Then, each tableau pile except the first is dealt 4 additional face-up cards.

Russian Solitaire can be played in all modern browsers, on all device types (desktop, tablet, mobile), and on all operating systems (Windows, macOS, Linux, Android, iOS, ...).

Please let me know why you don't like Russian Solitaire