Fun solitaire that allows to move cards irrespective of the covering cards. 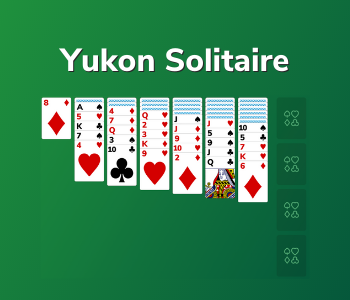 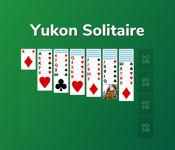 How to play Yukon Solitaire

All cards from one deck (52 cards in total) are dealt to the seven tableau piles at the beginning of the game. First, cards are dealt as in Klondike: one card to the 1st pile, two to the 2nd pile... with only the top card in each pile face-up. Then, each tableau pile except the first is dealt four additional face-up cards.

Yukon Solitaire can be played in all modern browsers, on all device types (desktop, tablet, mobile), and on all operating systems (Windows, macOS, Linux, Android, iOS, ...).

Please let me know why you don't like Yukon Solitaire