How to Play Pyramid Solitaire

Pyramid Solitaire is one of the most popular solitaire card games at Solitaire Paradise. Here we will teach you how to play Pyramid Soltiaire using a standard deck of cards. We'll also be explaining a few rule variations and providing tips on how to win Pyramid Solitaire. 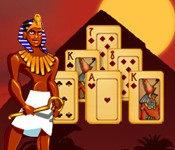 Pyramid Solitaire is played with a deck of 52 cards (with no jokers). As you can see from the picture below, you must deal a pyramid that is seven cards high that descends to be seven cards wide. A total of 28 cards are dealt to this pyramid, all face up. With the remaining 24 cards you can start the game with three cards turned over in seperate columns, also shown in the picture below. 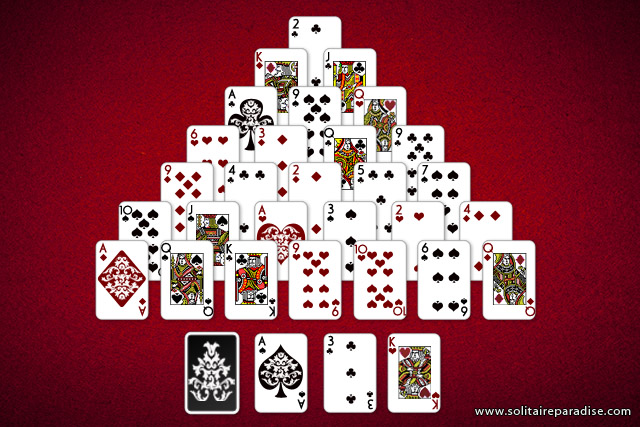 There are two types of pyramid solitaire game, Classic and Modern. They both share the majority of rules, but the modern game is easier and considered by many to be much more fun! The idea of the game is to remove all the cards from the pyramid, although some purists may argue that all cards including the cards you can deal for yourself should be removed. We consider that a solitaire folly, but what the hey, play which ever version floats your boat!

At this point the rules of games diverge.

How to Win Pyramid Solitaire

We all want to be winners, so let's see what tips and tricks will let you do that in Pyramid Solitaire!