The objective in Go Fish is to collect four cards of the same rank (called books) by asking other players for cards of a certain rank. The player with the most books wins the game. 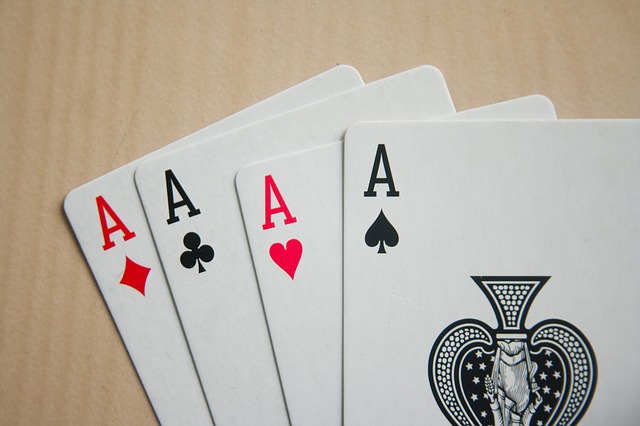 Each player is dealt 5 cards (7 cards when playing with 2 players), one at a time and clockwise. The rest of the deck forms the stock and is placed face-down on the table. If a player is dealt 4 cards of the same rank (also called a book or a four of a kind), he gets a point and must place the book face-up on the table.

The player to the left of the dealer starts. One by one, players call other players by name and ask for their cards of a specific rank (e.g. "John, give me your Eights"). This is called fishing. Note that you need to have at least one card of a rank to fish for that rank. This means I can only ask John for his Eights if I have at least one Eight in my hand.

If the player who is asked does have cards of the requested rank, they must give all their cards of this rank to the asking player. This is called making a catch. As long as a player makes a catch, they can continue requesting cards of the same rank or a different rank, to the same player or to a different player.

If the asked player does not have cards of the requested rank, they say “Go Fish!”. The asking player draws the top card from the stock to their hand, and the turn moves to the player to their left.

Whenever a player gets all 4 cards of the same rank (a book), they get a point and must place the book face-up on the table.

When a player doesn’t have any cards anymore, they can draw 5 cards from the stock when it is their turn.

The game continues until all 13 books have been revealed. The player with the most books wins. Sometimes, the game is played a bit differently and it ends when someone has no cards left in their hand or when the stock runs out.

Key to winning at Go Fish are luck, a good memory, and the right timing.

Games similar to Go Fish are believed to have first appeared around 1850, and were typically played with special cards. One example of such an earlier version of Go Fish is the game called Authors, which was first published in the USA in 1861. Its cards had pictures and names of famous writers.

Other famous card games in the card exchange category are Stop the Bus and Gin Rummy.

Is Go Fish pairs or fours?

Can you ask for a card you don't have in Go Fish?

No, in Go Fish you can only ask for a card that you already have in your hand. This is an essential rule because by asking for a specific card, you give away information to other players about which cards you have.

What happens in Go Fish when someone runs out of cards?

When someone runs out of cards in Go Fish, they can draw 5 cards from the stock when it is their turn. Some people play Go Fish differently and end the game when a player runs out of cards.

How many cards do you give in Go Fish?

At the start of Go Fish, each player is dealt 7 cards, except when playing with 2 players in which case each player gets 5 cards.