Great version of the popular puzzle game, developed by Microsoft. 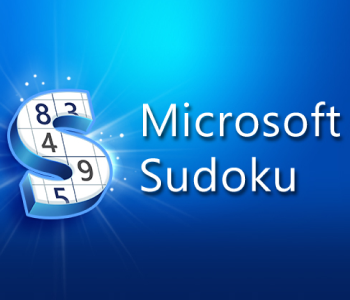 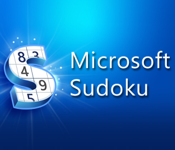 Microsoft Sudoku is a great version of the popular puzzle game, developed by Microsoft Casual Games.

The goal of Microsoft Sudoku is to fill in the entire 9x9 grid with numbers ranging from 1 to 9 in a way that no numbers are duplicates in any row, column or 3x3 block. There is only one solution for each puzzle and players can also challenge themselves against the clock.

A number puzzle game, Microsoft Sudoku is set on a 9x9 grid with bold lines indicating the blocks. These blocks measure 3x3 in all classic levels, but change in irregular levels to increase the difficulty of the game.

A useful handy feature players should take advantage of is the Notes function. Clicking on the Notes button allows players to toggle between inputting numbers and adding notations of what they think a square could be. For each puzzle there are also three hints for players to use. Hints will display the correct number for any selected square.

Remember, the numbers 1-9 must only appear once in each row, column and block and there is only one arrangement of correct numbers for each puzzle!

To enter a number, click on an empty square and select the number you want to enter from the list on the right hand side. Doing this in reverse order (clicking a number, then choosing a square) will also work to fill in a cell.

Alternatively, players can choose to play with keyboard controls and shortcuts. Using the arrow keys, players are able to select a square and type the number they wish to enter using the keypad or number keys. To facilitate smoother gameplay, the backspace/delete button also allows players to erase any numbers or notes from the selected square while pressing CTRL+Z will undo the previous action.

The player can pause the current game by pressing on any button along the top of the game. The arrow button takes the player back to the main menu, while the plus-sign button allows the player to restart the level or change the difficulty.

Players can access the settings for the game by clicking on the cog wheel on the upper right corner of the game window. Here, the player can select from several options to alter their gameplay.

Microsoft Sudoku is also available as a full version. This can be accessed through the Microsoft store page and features daily challenges every day, helping players collect coins and win badges through the game. Additional game modes and themes are also up for grabs, including the option to play with charms instead of numbers!

Microsoft Sudoku can be played in all modern browsers, on all device types (desktop, tablet, mobile), and on all operating systems (Windows, macOS, Linux, Android, iOS, ...).

Please let me know why you don't like Microsoft Sudoku