Logic-based puzzle with a Japanese name. Complete the 9×9 grid so that each column, row, and 3×3 subgrid contain all of the digits from 1 to 9. 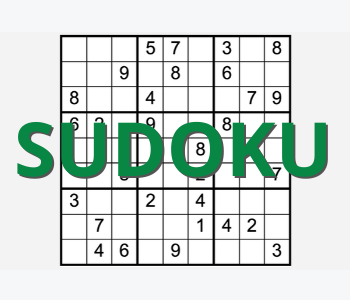 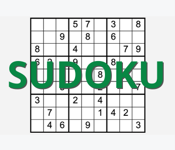 The goal of sudoku is to fill each square in the grid with a number between 1 and 9. Each row, column, and 3x3 subgrid should contain each number just once.

You can choose between 3 levels of difficulty: beginner, intermediate and advanced. The amount of given numbers at the start decreases when you pick a higher level, so it becomes harder to fill in the puzzle. 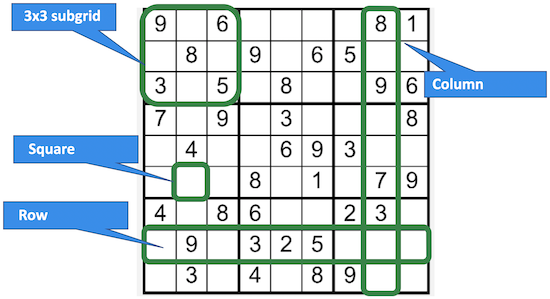 Tips to solve a Sudoku

Besides the general advice to use your logical thinking to solve the sudoku, there are some tips that can help you:

There exist various strategies for filling in numbers and removing candidates. We list two of them below, but there are many more which you can discover while playing! 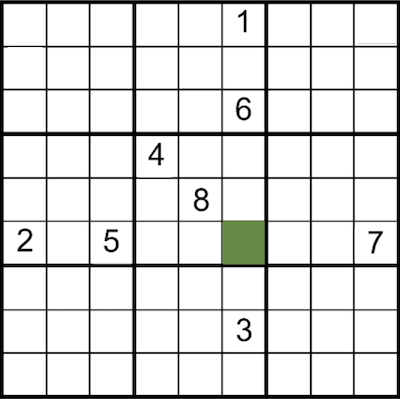 You can fill in a number if there is only one candidate. For example, only number 9 can be placed in the green box because all other numbers are already placed in a column, row or box of the green box. 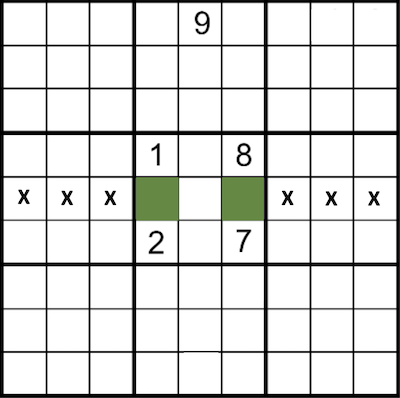 You can remove candidates by using the knowledge that each number appears only once in a row, column or 3x3 block. For Example, there has to be a 9 in one of the green boxes. This means that a 9 cannot be placed in any of the boxes marked with an X.

Sudoku can be played in all modern browsers, on all device types (desktop, tablet, mobile), and on all operating systems (Windows, macOS, Linux, Android, iOS, ...).

Please let me know why you don't like Sudoku