In Tetris you have to create lines with differently shaped pieces falling from above. 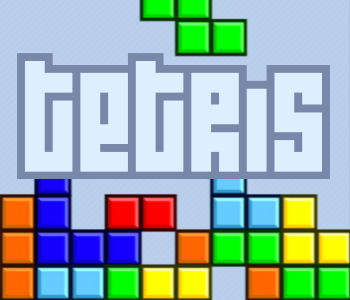 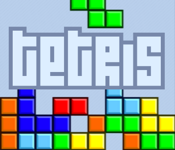 Tetris is a single player puzzle game with a simple but addictive game design, originally invented by Alexey Pajitnov in 1984.

Arguably one of the United States’ favorite puzzle games, the goal of Tetris is to complete horizontal lines of blocks to clear them.

In theory, the game can go on for an infinite amount of time, providing endless hours of fun! Try to last as long as you can without the blocks reaching the top of the playing field - once they do, the game is over!

Tetris primarily involves a variety of geometric shapes, called tetriminos. These are made up of four units and will fall one by one from the top of the playing field. The fall of these tetriminos cannot be stopped or slowed.

The player’s role is to move and rotate these to form horizontal lines, in order to clear them from the field. A piece can be moved and adjusted until the point it reaches the bottom of the field or touches another piece already set on the field.

Clearing lines is the primary objective as the game is over if the lines reach the top of the field. Players also score points from clearing lines.

In this version of the Tetris video game, players can work through ten levels of gameplay. Players can advance to the next level by clearing ten lines. As the level increases, the tetriminos will fall down at a faster and faster rate, giving the player less time to think and calculate their moves. However, clearing one line will give you a higher score than lower levels.

Controls for the Tetris game are straightforward - use the arrow keys on the keyboard to move the descending tetrimino. As these are the only controls required, many find it easier to play with just one hand.

The original Tetris game was developed by Neave, and the original theme song and tetriminos are trademarks of Tetris Holding, owned by The Tetris Company.

Tetris can be played in all modern browsers, on all device types (desktop, tablet, mobile), and on all operating systems (Windows, macOS, Linux, Android, iOS, ...).

Please let me know why you don't like Tetris