Simple game, but a lot of fun! The first to place three of their marks in a horizontal, vertical, or diagonal row wins. Play against the computer or multiplayer. 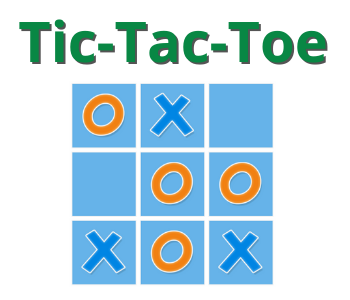 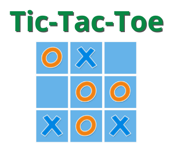 How to play Tic Tac Toe

Tic Tac Toe is a classical game based on strategy and tactics and is typically played on a 3x3 grid. It originates from the Roman Empire and is designed as a board game for two players. Tic Tac Toe is also known as Tic-Tac-Toe, Noughts & Crosses, and Xs & Os. The version on our website is an HTML5 board game developed by Code This Lab.

Each player is assigned to play as either nought markers or cross markers, taking turns to place the corresponding xs and os into the grid. The first player to place three markers in a line (which can be horizontally, vertically or diagonally) wins the game.

Tic Tac Toe is a fast-paced game with matches typically lasting under two minutes. Though the game board is small, the number of move combinations and placements are numerous. Individuals can quickly learn from matches to grasp concepts often used in artificial intelligence and problem-solving.

A fun, stimulating game, the difficulty of Tic Tac Toe is increased in our version as players have the option to play on a 5x5 or 7x7 grid. In these special features, the goal is to place four markers in a line instead of the classic three.

Alternatively, select the play button with the browser icon to be matched with other online players. Players can even create their online persona with a nickname. They can then join public matches or create their own rooms. Rooms can be set to private with a password and players can share these with friends to play against them.

Another feature of our version of this classic favorite is stars. Players can earn stars for all games they play. For example, ending games in a draw will result in one star being awarded. Meanwhile, a win against the computer will pocket you three stars!

Although it may be tempting to start by placing a marker in the center space, the best move is actually to place the marker in a corner space. Doing so limits the number of gaming-winning moves the opponent can make.

If the first player places their marker in a corner space, the best move for the second player is to place their marker in the center. This will increase the likelihood of a draw rather than a loss.

If the first player takes the center spot, counter them with a counter in any corner space.

Remember to block the opponent’s path when they become close to winning - the perfect game is to win or at least draw.

Try to creating scenarios with two non-blocked lines of two. This way the opponent can only block one of the lines, and the player will unquestionably win on their next turn.

Tic Tac Toe can be played in all modern browsers, on all device types (desktop, tablet, mobile), and on all operating systems (Windows, macOS, Linux, Android, iOS, ...).

Please let me know why you don't like Tic Tac Toe