Backgammon is one of the oldest board games in the world. Move all 15 checkers off the board to bear off and win the game. 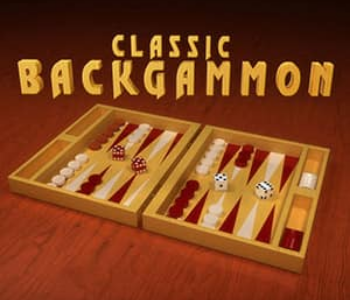 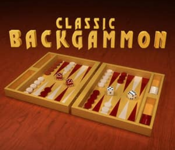 Backgammon is one of the oldest board games in the world, a classic for two players.

The aim of the game is to be the first player to remove all 15 of their game pieces from the game board. This is also known as bearing off.

This classic board game is played on the backgammon board, which features twenty-four triangles, divided into two tracks of 12. The triangles are also referred to as points and are numbered from 1 to 24 in a curve.

Points 1-6 make up the home board while points 7-12 are called the outer board.

The game begins with certain numbers of markers on certain points. Each player starts with five markers on their 6-point, three on their 8-point, five on the 13-point and two on the 24-point.

Alternating turns are taken with rolling pairs of dice. Rolling the dice determines how the player moves their checker pieces. For a move to be legal, players must move their piece onto either:

Moves can also be forfeited. For example, if the player rolls a 6 but there is no checker that can be moved 6 points to an open point, a point occupied with their own checkers, or a point occupied by less than two of the enemy's checkers, then this roll of 6 is skipped. If no move is available, the turn will be skipped and the next player will play instead.

Roll a number twice to give a double roll. When this happens the player is allowed to play each single die twice. For example, rolling a 2 and a 2 lets the player make four moves of two spaces each.

What happens when a player lands on a point occupied by only one of the enemy's checkers? When this occurs, the enemy's checker is 'hit' and is repositioned to the middle of the board. When the next turn is taken, whatever number the opponent rolled will determine how they must move this checker.

A roll of 4 will result in the opponent moving this hit checker to their 4-point (your 22-point). These moves must follow the above rules regarding legal moves. Multiple checkers of the same player can be placed in the middle of the board and must be removed before other non-hit checkers from the board can be moved.

Like many other games on our website, players can play against a computer, or enjoy Backgammon with other players via the multiplayer feature. To do so, simply customize your nickname and browse from the available game rooms. Players can also create their own private game rooms, sharing the password to this with friends to play together online.

The game is developed by Code This Lab.

Please let me know why you don't like Backgammon