The Microsoft version of the classic Mahjong game. Compete in daily challenges to earn awards. 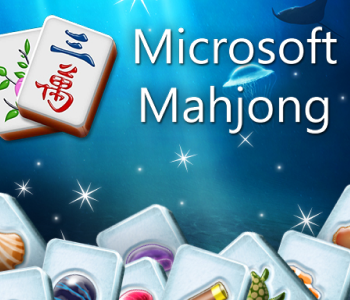 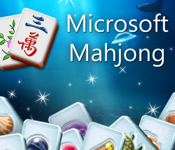 Microsoft Mahjong is a version of the computer game mahjong solitaire. It was originally bundled with the windows operating system, but it can now be played in the browser or downloaded from the Windows Store.

The most recent version of the game is developed by Arkadium and Microsoft Casual Games, while it is published by Microsoft Studios.

Pick your favourite theme out of the four available themes: Transquility, Underwater, Autumn Glade, and Cosmos. Each theme uses a different tile set and a different background.

In addition to solving puzzles, you can also solve daily challenges. When you complete a daily challenge, you earn coins. When playing enough days in a month, you can even earn a monthly badge!

There are different types of challenges:

There are two previous versions of Microsoft Mahjong. One is called Mahjong Titans and was included with Windows Vista and Windows 7. The other one is even older and was known as Taipei. It was included in Microsoft Entertainment Pack 1.

If you like the games made by Microsoft, make sure to also check out Microsoft Solitaire Collection, the Microsoft version of five popular solitaire games. We also have Windows Minesweeper on our website.

Other mahjong games on our website include Kris Mahjong and Dog Mahjong.

Microsoft Mahjong can be played in all modern browsers, on all device types (desktop, tablet, mobile), and on all operating systems (Windows, macOS, Linux, Android, iOS, ...).

Please let me know why you don't like Microsoft Mahjong