Play the classic board game Reversi against the computer or in multiplayer mode. To win the game, try to ensure the majority of disks is in your color. 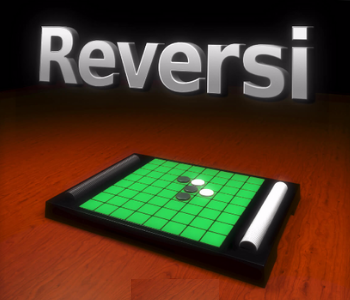 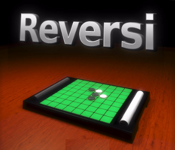 A strategy board game for two players, the goal of Reversi is to flip over your opponent’s discs by trapping them between two of your own pieces. The winner is determined by the number of discs owned at the end of the game when no more moves are available.

Reversi is played on an 8x8 game board and uses game pieces called discs. These are white on one side and black on the other, with each player playing as their assigned color.

During the game, players take turns placing a disc with their assigned color facing upwards onto empty squares. When a player traps opponent pieces between a piece of theirs already placed and a piece they just placed in a straight line, the trapped pieces are turned over and become the player’s own piece.

Players can only take valid, legal moves during their turn. Valid moves are moves that result in at least one disc getting flipped over. In other words, you cannot place discs on spaces where no change will come about.

Only one control is necessary for Reversi - simply left-click an empty space to place a game piece down.

Several additional features have been implemented into the game to enhance one’s experience. The timer keeps track of how long each player spends taking their turn, and players can compete against each other to take the shortest amount of time to win against their opponent.

Next to the timer is a counter, which will indicate the number of discs each player owns during each turn, allowing them to plan and play accordingly. Furthermore, all possible valid moves are shown to aid players in making their decision, and the number indicates how many discs that move would flip over. This is great for helping beginners learn the game, but for more advanced players this can be turned off through the settings menu (top right cog wheel).

Our current version features two game modes - choose to play against the computer or versus other online players in multiplayer mode. You could also create private game rooms by setting passwords and inviting friends to join your room.

When players choose to play against a computer, they can also alter the difficulty of their opponent from one-star to three-star, with the game becoming harder as the number of stars increases.

Though the game may seem simple, it takes a minute to learn but a lifetime to master! Here are some tips to help you get started.

The Reversi game was originally invented by Lewis Waterman & John W. Mollett, and the implementation on our website is developed by Code This Lab.

Reversi can be played in all modern browsers, on all device types (desktop, tablet, mobile), and on all operating systems (Windows, macOS, Linux, Android, iOS, ...).

Please let me know why you don't like Reversi