Play the original Rummikub game now online! Challenge friends and other players from all around the world. 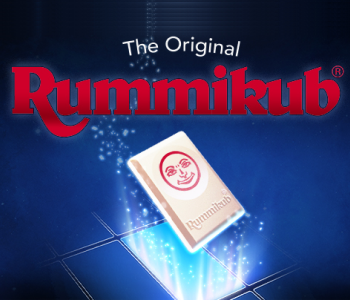 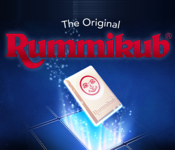 How to play Rummikub online

The goal in Rummikub is to be the first player to get rid of all their tiles.

The coloured tiles have a number between 1 and 13. Each number appears twice in each color, meaning there are 2x4x13 = 104 tiles. Notice that in the similar card game Rummy, two decks of 52 cards are used, corresponding with 104 cards.

Each player is dealt 14 tiles. In this original Rummikub online game, these 14 tiles are selected randomly. The 14 tiles are placed on the player’s rack. The remainder of the tiles go into the tile pool.

Players can place tiles on the table when they form a set, which can be either a group or a run.

Each player in turn can either place and / or manipulate tiles on the table, or draw an extra tile from the tile pool. In our online Rummikub version, there is a time limit for a turn. The players alternate turns until the game ends.

The first meld placed on the table, which can be multiple sets at once, must have a value of at least 30. The value is calculated by summing the numbers on all tiles. A joker has the value of the tile it substitutes. Manipulation is not allowed in the first meld. The advantage of playing Rummikub online is that the computer will automatically check whether the initial meld is valid.

After the initial meld, players can rearrange the existing tiles on the table to try to place as many tiles as possible on the table themselves. Note that at the end of a turn, all sets on the table must be valid and single tiles are not allowed.

There are various ways in which players can manipulate the existing tiles:

There are many more examples of manipulation, just keep in mind that at the end of a turn, all sets on the table must be valid.

A player's turn ends when he is finished placing and/ or manipulating tiles, when he draws an extra tile from the tile pool, or when the time limit is exceeded.

The game ends when the first player places all his tiles on the table.

In the rare case that the tile pool is empty and the game has not yet been won, the game ends as well. Each player has one more turn in this case.

Each player calculates the value of the tiles remaining in their rack. A joker counts as 30.

In the special case when the game ends because the tile pool is empty instead of someone getting rid of all his tiles, the score is calculated a bit differently. The player with the lowest value wins. The other players subtract the winning value from their own value, and this modified value is their negative score for the game. The winner earns as score the sum of the modified values of the other players. The example below should make this clear:

There are two special cases when at the end of a game, a player didn't place an initial meld yet:

Rummikub was invented by Ephraim Hertzano, an Israeli board game designer. After gaining popularity in Israel, the game was also licensed to other countries. In 1977, Rummikub become a bestselling game in the US.

The original game had three versions: American, Sabra and International. The game on this page is the Sabra version.

How many tiles do you start with in Rummikub?

At the start of the game, each player starts with 14 tiles in their rack. These 14 tiles should be drawn at random from the tile pool.

Can you play Rummikub online?

Can I play Rummikub on my laptop?

Yes, a laptop is the perfect device to play the official Rummikub game that can be found on Solitaire Paradise. If your laptop has a browser with an internet connection, it is possible to play Rummikub with it.

Can you play Rummikub alone?

Yes, in the official Rummikub game on our website you can play alone against computer opponents.

How to pronounce Rummikub?

What does Rummikub mean?

Rummikub is a tile-based game based on the card game Rummy. This is why it was originally named Rummikid. In the 1970’s the name changed to Rummikub.

How to play Rummikub with cards?

Rummikub can be played with cards by using two regular decks of 52 playing cards, plus two jokers. The number cards correspond with the tiles 1-10, the Jack with 11, Queen with 12 and King with 13. All the rules remain the same. If possible, use small cards because they will take up a lot of space on the table.

On our website you can find other classic board games such as Yahtzee, Scrabble Blast and UNO Online. The card game Rummy is similar to Rummikub.

Please let me know why you don't like Rummikub