Belot is the Bulgarian variant of the French trick-taking card game Belote. 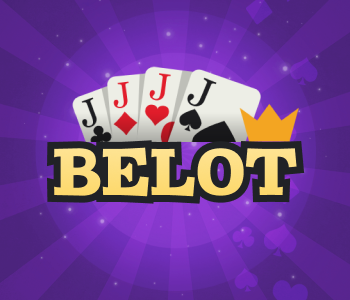 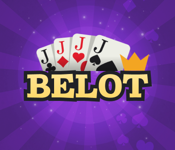 Belot (or Bridge Belote) is extremely popular and widespread in Bulgaria. The Bulgarian name is Бридж-белот. It is a trick-taking card game originating in France.

Belot is played with 4 players, using 32 cards from a French-suited deck. The game is played counter-clockwise. Bridge Belote is closely related to French Tarot and Belote Classic.

How to play Belot

Belot is played with four players, in two partnerships of two players.

Each player is dealt 5 cards, first 3 cards and then 2 more cards. The dealing direction is counter-clockwise.

During the bidding phase, the players establish a contract for the round. There are three possibilities: trump color, no trumps, all trumps.

The player to the right of the dealer starts with the bidding. He can either pass or choose one of the three contracts mentioned above.

If a player chooses a contract, his opponents can choose to double it when they believe they can actually win it. This means that the score will be doubled. The original bidding team can redouble again if they are confident. The score will be quadrupled in this case.

If all players pass, the cards are redealt by the next dealer.

The player to the right of the dealer leads the first trick. The playing direction is counter-clockwise.

Rules for which cards can be played differ between the contracts:

Next to earning points by winning tricks, players can also earn points by declaring certain combinations of cards.

The first type of declaration is four cards of the same rank. This is called square.

The third type of declaration is Belot. If a player holds both King and Queen of the trump suit, he may declare Belot. This earns 20 points.

Each team counts the value of the cards in the tricks they won. The card values are given above in the section on the cards.

To this score, the points for declarations (premiums) are added. Additionally, the team who won the last trick earns 10 extra points. If a team wins all tricks in a round, they earn 90 points extra.

There are three possible outcomes:

The first team to reach the target score of 151 wins the game.

Please let me know why you don't like Belot