Belote Coinchée is a popular variation of Belote Classic. Play it now with computer opponents. 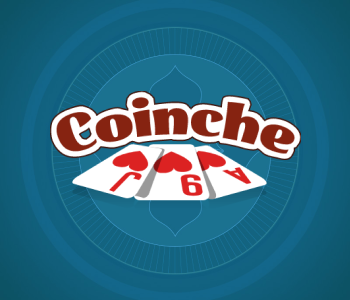 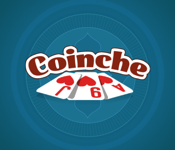 Belote Coinchée, also known as Coinche, Belote Contrée, or Belote aux Enchères, is a trick-taking card game from France. It is a variation of the classic French card game Belote, which is the national card game in France. Most rules are similar between the games, but there are differences in dealing and choosing trump.

Coinche is played with 4 players, using 32 cards from a French-suited deck. The game is played clockwise. A game takes around 30 minutes to play.

How to play Belote Coinchée

The ranking of the cards in the trump suit is as follows from highest to lowest:

The ranking of the cards in the non-trump suit is as follows from highest to lowest:

What makes Belote Coinchée special is the possibility of calling coinché. This means doubling the opponent's bid if a player thinks they will fail. The opponent can in turn call surcoinché if they are confident they can win, which means the score is tripled.

Bidding ends when all players in a row pass, coinché or surcoinché is called, or a capot is called.

The team who won the bid must try to take at least as many points as their bid.

The player to the left of the dealer starts playing.

Like in the classic Belote, following suit is mandatory. If unable to follow suit a player must trump unless his partner is winning the trick. Whenever playing a trump a player must beat the highest trump in the trick if possible.

After playing all 8 tricks, both teams calculate the points of the cards in the tricks they won. The last trick is worth 10 points (dix de der in French).

To fulfil a contract, a team must at least earn as many points as their bid (82 if the bid was 80).

If the contract is not fulfilled, the team who won the bidding earns nothing, while the other team scores 162 + the amount of the bid (250 for capot).

The first team to attain 1000 points wins the game.

Belote Coinchée can be played in all modern browsers, on all device types (desktop, tablet, mobile), and on all operating systems (Windows, macOS, Linux, Android, iOS, ...).

Please let me know why you don't like Belote Coinchée