Tarot is the second most popular card game in France, played with a special tarot deck consisting of 78 cards. 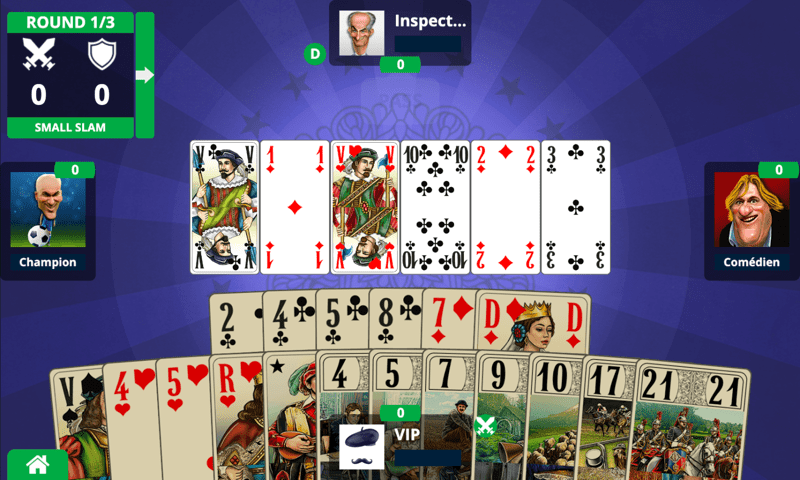 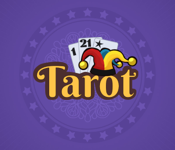 French Tarot, also known as Jeu de Tarot, is a trick-taking card game. It is the second most popular card game in France, after Belote, and it is also known in French-speaking Canada.

French Tarot is played with 4 players, using a Tarot deck with 78 cards. The game is played counter-clockwise. A hand takes around 15 minutes to play. The random chance involved in the game is medium. The main skills required for playing French Tarot are card counting, tactics and strategy.

How to play French Tarot

French Tarot is played with four players, but variations for three and five players exist as well.

Three cards in the Tarot deck are referred to as Ends (Bouts or Oudlers in French): 1 of trump (Petit in French), 21 of trump and the Excuse.

Each card is worth a certain amount of points:

The total of all card points in the tarot deck is 91.

Each player receives 18 cards, 3 at a time. The dealing direction is counter-clockwise. The dealer also puts six cards in the middle of the table, face-down. These six cards are called the dog (chien in French), kitty, talon or nest.

The bidding starts with the player to the right of the dealer. Each player in turn can decide to make a bid, or pass. Each player only has one chance to bid. If someone already made a bid, a player can only bid higher, or pass.

There are four possible bids, ordered from lowest to highest:

A player can also announce a slam (chelem in French), which means winning all tricks.

Before playing their first card, players can declare a handful (poignée in French) if they have enough trumps:

Declaring a handful is not mandatory. The points for a handful go to the winner of the round, so not always the player who does the declaration.

The player to the right of the dealer starts playing.

Following suit is mandatory. If the first card played is the Excuse, the next card determines the suit to follow. If unable to follow suit a player must trump. Whenever playing a trump a player must beat the highest trump in the trick if possible. If a player cannot follow suit and doesn’t have a trump, he can play any card he wants.

The amount of points needed to win is determined by the number of ends (oudlers) in the won tricks and cards in the aside or dog:

The game ends after a certain amount of rounds, in our version this amount can be chosen to be 3, 5 or 7. The player with the highest amount of points at the end of the game wins the game.

French Tarot can be played in all modern browsers, on all device types (desktop, tablet, mobile), and on all operating systems (Windows, macOS, Linux, Android, iOS, ...).

Please let me know why you don't like French Tarot