Chinchón is a Spanish card game that is similar to the famous card game Gin Rummy. 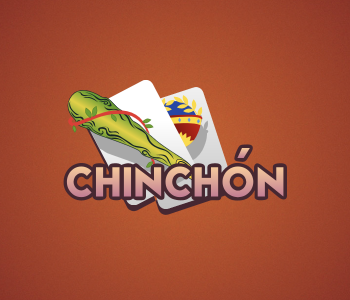 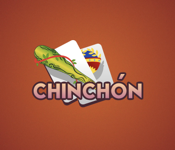 Chinchón is a matching-type card game from Spain. It is played in Spain, Uruguay, Argentina, Cape Verde and other places. Other names for Chinchón are Txintxon, Chinchorro, Conga, and Golpeado. Chinchón is played with 2, 3 or 4 players, using 40 cards from a Spanish-suited deck. The game is played counter-clockwise. There is a low to moderate random chance involved in the game. It takes around 20 minutes to complete a game. The main skills required to play Chinchón are attention and memory. Chinchón is related to the game Gin Rummy.

How to play Chinchón

Chinchón can be played with two, three or four players. Each player plays individually, there are no teams.

There is one special case. The Ace of the coins suit is worth 25 points when it is not applied as wild card.

The objective in Chinchón is to match the cards in your hand by making runs (in-suit sequence of cards) and groups (3 or 4 cards of the same value).

Each player is dealt 7 cards. The cards are dealt in counter-clockwise direction. The rest of the cards go face-down into a pile, called the stock. The top card of the stock is turned face-up and starts the waste pile (also referred to as discard pile).

The player to the right of the dealer starts. The order of play is counter-clockwise.

The goal of the game is to create sets of cards in your hand. A set consists of 3 or more cards and can be either a run (sequence of same-suit cards) or a group (cards of the same rank).

The Ace of the coins suit can be used as a wildcard.

When 6 or 7 cards of a player’s hand are in sets, he can meld. Note that each player should have completed at least one turn. When melding 6 cards, the remaining card must be 3 or lower.

Melding is also referred to as closing the hand. From this point, there are no more draw and discard turns. The player who melds puts his combinations on the table.

If the closing player melded with a Chinchón (sequence of 7 cards in the same suit), the other players cannot put their combinations on the table.

The score of a player depends on the combinations he made and the cards remaining in his hand.

Score for the closing player:

The other players score the sum of the values of the cards remaining in their hand (deadwood). If the wildcard option was enabled and the wildcard remained in the hand of a player, he scores an additional 25 points.

The game continues until someone reaches the target score. The player with the lowest score wins the game.

Note that when a player melds with a Chinchón without using a wildcard, he immediately wins the game.

Chinchón can be played in all modern browsers, on all device types (desktop, tablet, mobile), and on all operating systems (Windows, macOS, Linux, Android, iOS, ...).

Please let me know why you don't like Chinchón