Tute is a trick-taking card game popular in Spain with origins in Italy. 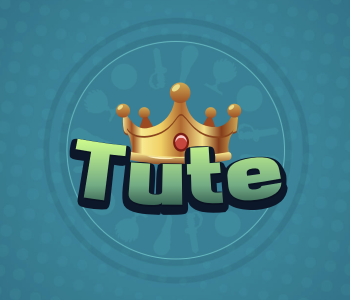 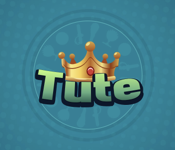 Tute is a trick-taking card game popular in Spain. It originated in Italy with the name Tutti, and later spread to Spain where the name was changed into Tute. It is played with 2 or 4 players, using 40 cards from a Spanish-suited deck. The game is played counter-clockwise. There is a medium random chance involved in the game. Tute is related to the Spanish card game Brisca and to the Italian card game Briscola.

How to play Tute

Tute can be played with two players (Tute Habanero), or with four players in two teams of two players (Us and Them).

The objective in Tute is to be the first player (or team) to win the target number of rounds. A round is won by winning tricks with valuable cards and by declaring certain combinations of cards. One declaration (four Reys or four Caballos) is referred to as Tute, and immediately wins the round.

When playing with four players, each player is dealt 10 cards.

When playing with two players, each player is dealt 8 cards. The rest of the cards go face-down into a pile, referred to as the stock. After each trick, the two players draw a card from the stock until it is exhausted.

The last card dealt to the dealer is shortly shown to the other players and determines the suit for this round.

The player to the right of the dealer starts the first trick. Tute is played in counter-clockwise direction. The player who wins the trick starts the next trick.

The rules about following suit and trumps are quite complex. Following suit is mandatory and a player must beat the best card played so far if they can:

The winning player collects the cards from the trick.

Players can declare certain combinations of cards for additional points:

After playing all tricks, each player (or team) calculates the score for the cards in the tricks they won. They should add the points from the declarations and 10 points for the team who won the last trick.

Tute can be played in all modern browsers, on all device types (desktop, tablet, mobile), and on all operating systems (Windows, macOS, Linux, Android, iOS, ...).

Please let me know why you don't like Tute