Scopa is one of the three national card games in Italy. It is a fishing-type card game. 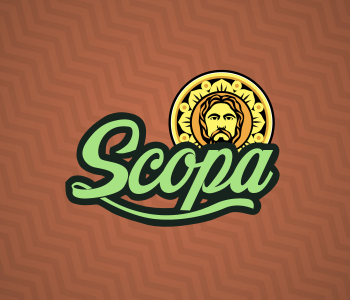 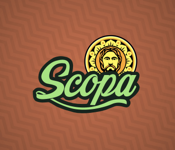 Scopa is a fishing card game from Italy. It is one of the three national card games in Italy, together with Briscola and Tressette. Scopa is also popular in Argentina and Brazil, some former Italian colonies (Libya, Somalia), and Tunesia.

Scopa is played with 4 players, using 40 cards from an Italian-suited deck. The game is played in counter-clockwise direction. Scopa is related to the Spanish card game Escoba.

How to play Scopa

Scopa can also be played with French-suited cards, by removing the 8s, 9s and 10s. The coins suit, which has a special meaning in Scopa, corresponds with the diamonds suit.

The objective in Scopa is to earn points by capturing cards from the table.

Each player is dealt three cards, one card at a time. Dealing happens in counter-clockwise direction. When each player has three cards, the dealer places four cards face-up in the middle of the table. When these four cards include three or four Kings, the deal is invalid and the same dealer deals again. The remaining cards are placed face-down and form the stock.

During the game, when all players have played all their cards, the dealer deals again three cards to each player. And again when these cards are finished.

The player to the right of the dealer starts. Remember that Scopa is played in counter-clockwise direction.

In each turn, a player has two options:

You cannot place a card on the table if the card could capture one or more cards on the table.

Capturing cards is the essence of Scopa. If the played card is equal in rank to a card on the table, this card is captured and the player collects both cards. If there is no card of equal rank but multiple cards of which the ranks sum up to the player card, all these cards are captured.

When a player captures all cards on the table, this is called a scopa. This earns the player an additional point, except if this happens on the last play of the last hand of a round.

After playing all cards, the scores are calculated.

Each scopa is one point, and there are four additional points to be earned, based on the captured cards:

Note that when there is a tie, no points are awarded.

The prime is calculated by taking the best card of a team in each suit, and summing their value with a special point scale:

If a team doesn’t have any card of a certain suit, its prime value is 0.

Two variations of Scopa are also included in the version on our website:

Please let me know why you don't like Scopa