Tressette is one of the national card games in Italy. It is played with 2 or 4 players. 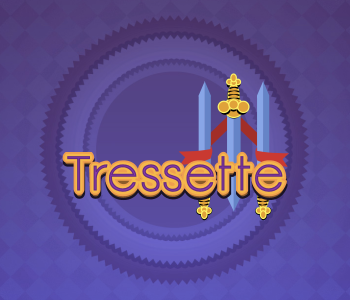 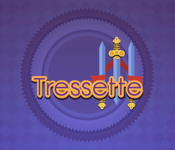 Tressette is a trick-taking card game from Italy. It is one of the three national card games in Italy, together with Briscola and Scopa. Tressette is also popular in Albania, Montenegro, coastal Slovenia and coastal Croatia.

Tressette is played with 2 or 4 players, using 40 cards from an Italian-suited deck. The game is played in counter-clockwise direction. The main skill required for Tressette is tactics. There is a medium random chance involved when playing Tressette. A game takes 25 minutes.

Each card has a point value:

The goal in Tressette is to win tricks with valuable cards. Also winning the last trick earns you a point.

When playing the variation with combinations (Tressette con l'accuso), you also earn points for certain combinations of cards in your hand.

When playing with 4 players, each player is dealt 10 cards. The game is played with 2 teams of 2 players sitting opposite of each other.

When playing with 2 players, each player is also dealt 10 cards, with the remaining cards placed face-down in front of the players (this pile is called the monte).

The 10 cards are dealt 5 at a time. The next hand is dealt by the player to the right of the dealer.

The player to the right of the dealer starts with the first trick. Tressette is played counter-clockwise. Following suit is mandatory. Note that there are no trumps in Tressette. The highest card of the suit led wins the trick. The player who wins the trick can start the next trick.

When playing with 2 players, each player takes a card from the pile in the middle (the monte) after each trick. The player who won the trick first takes a card, shows it to the opponent, and puts it in his hand. The other player does the same. When there are no cards left in the monte, continue playing without drawing cards.

In the variation with combinations, the following cards held in in the hand of a player earn him points:

These combinations are announced automatically by the game.

After playing all cards in their hand, each player calculates their score based on the cards in the won tricks, and the combinations if applicable.

The player who won the last trick gets an additional point.

Players can only score integer numbers, so the scores are rounded to the nearest integer.

Tressette can be played in all modern browsers, on all device types (desktop, tablet, mobile), and on all operating systems (Windows, macOS, Linux, Android, iOS, ...).

Please let me know why you don't like Tressette