Ludo is a board game for two or four players. The goal is to be the first to get your four tokens around the board. How you can move your tokens is determined by rolling a die. Our version can be played against the computer or in online mode against real players from around the world. 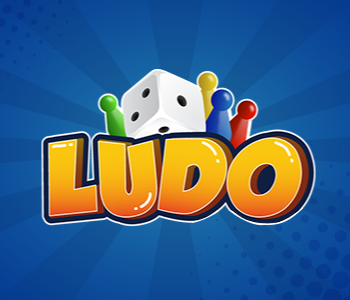 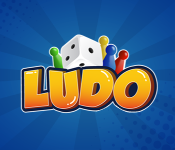 Each player gets a color and four tokens in this color. The goal of the game is to be the first to race your tokens around the board and into the finishing square.

The board used to play Ludo has the shape of the cross. Each arm has three columns of six squares. The middle column in the colour of a player is the player’s home column. On top of the home column is the finishing square. The coloured square in the left column is a player’s starting square. The squares with a star are special squares where tokens cannot be captured.

Each player’s tokens start in their player yard, the coloured area in the corner of the board.

If you move your token onto a square with a token of another player, this token is captured and has to moved back to the player’s yard. On the squares indicated with a star, tokens are protected from being captured.

When rolling a six or capturing another player’s token, you get another roll immediately after.

In our Ludo game you can decide whether you play against the computer or play in online mode (multiplayer) against real players around the world.

Online mode is available for 2 players and 4 players.

Ludo is based on the Indian game Pachisi, which was created in the sixth century CE. In 1896 a slightly modified version using a cubic die was patented in England under the name Ludo. Later on, it was converted into the game Uckers by the Royal Navy.

Ludo Online can be played in all modern browsers, on all device types (desktop, tablet, mobile), and on all operating systems (Windows, macOS, Linux, Android, iOS, ...).

Please let me know why you don't like Ludo Online