Play the online version of the famous UNO card game. Can you get rid of your cards before the other players? 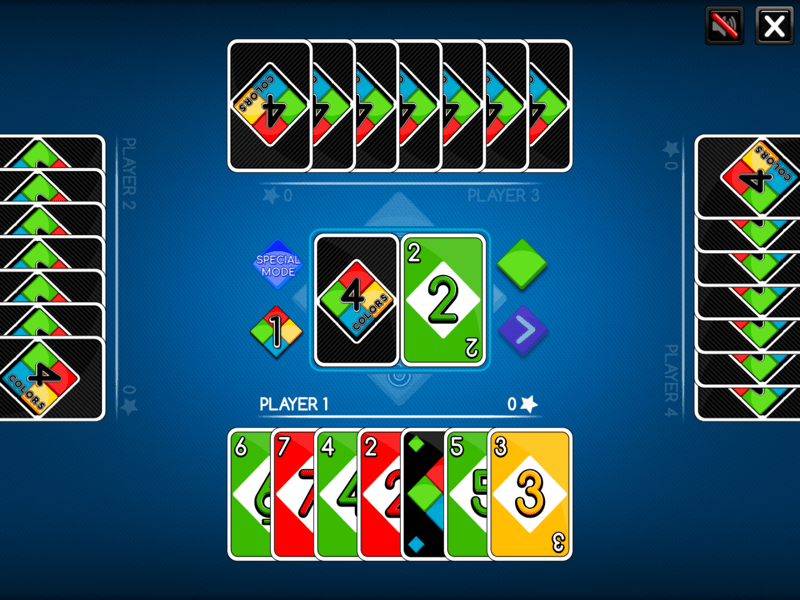 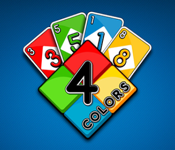 UNO is played with 2 or more players using a custom simplified card deck. 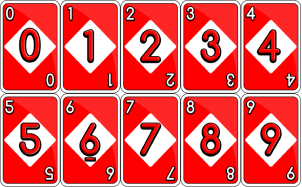 Cards with a number from 0 to 9. Each number appears twice in a color, and there are four colors (red, green, blue, yellow).

Draw Two, Skip and Reverse are referred to as action cards.

The goal in UNO is to get rid of your cards by matching color or number with the card on the table. The first player that gets rid of all their cards wins the round.

At the start of a round each player is dealt 7 cards, one at a time. The remaining cards are placed face-down in the middle of the table. The top card is flipped and is the start of the discard pile.

The player to the left of the dealer starts. The playing direction at the start of the game is clockwise, but it can be changed during the game with the Reverse Card.

During a turn, a player has three options:

When you have only one card left, you have to press the 1 Button to be able to finish the game in the next round. If you don’t press this button, your opponents can do it instead and you will have to draw two cards.

Above the 1 Button there is a little square indicating the current color of play.

The first player that gets rid of their last card wins the round. He scores points based on the cards that are held by the other players at the end of the round:

UNO is based on the Crazy Eights card game. Other card games similar to UNO are Spite and Malice, Mau Mau, Pesten and Phase 10.

Uno Online can be played in all modern browsers, on all device types (desktop, tablet, mobile), and on all operating systems (Windows, macOS, Linux, Android, iOS, ...).

Please let me know why you don't like Uno Online